Despite the fact that most of the country is moving out of the warmer months, there's still plenty of time for your AC unit to give you problems. While some of these can be solved by the homeowner with relative ease, other issues require a professional HVAC company to perform air conditioning repairs on your unit. Unfortunately, the problems that plague most air conditioners are relatively common, so work through the list below if your unit starts to give you grief and see if any of the symptoms line up.

Though this isn't technically a problem per se, any noises coming from your air conditioner is a cause for alarm. When operating efficiently, the only sound you should ever hear from your HVAC system is a gentle click when the system turns on and off, so if you hear a screeching, grinding, or clicking sound, call an HVAC company immediately. Continual clicking sounds indicate that your unit is trying to turn over and stay on, while a screeching sound usually means there's a problem with your belt. Alternatively, if your vents sound like they're filled with BBs, then you probably have a part that's broken off and is rattling around inside your ductwork. All of these issues have the potential to develop into major problems down the road, so it's best to get them fixed as soon as you start hearing them.

Almost homeowners can put up with the occasional glitch in their system, but when your system simply refuses to turn on, that's a problem. Check your breaker box to ensure there is not a switch that's been flipped, and then make sure your thermostat is operational. If neither of those is the issue, it's most likely a disconnected power source to the unit or the motor has gone out completely. Both of those require professional air conditioning repair service since they pose major challenges for even the most hardened of DIY enthusiasts.

Over time, AC units can become worn down and may not cool your home down as efficiently. Normally, the rooms that are farthest from your AC unit suffer first, since air has to travel farther to get there. Eventually though, all of your rooms will experience a fluctuation in temperature, which is indicative of your system failing. Sometimes this can be solved by simply cleaning the air ducts and replacing the air filter, while at other times you may need major air conditioning repairs such as changing the belt or replacing the motor. 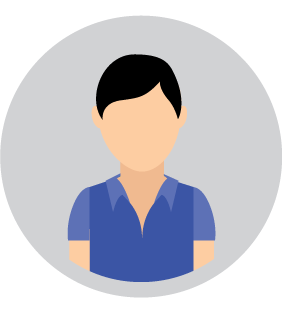 I grew up in a small, rural town. The elementary school I attended contained less than two hundred students. And, this small school educated children from kindergarten to the seventh grade. The actual school building was extremely old and run down. Because I grew up in the southern United States, the spring and summer months were often extremely hot and humid. Unfortunately, the air conditioning system at my school was hopelessly inadequate. I remember sweating to the point of dehydration inside the classroom on a number of occasions. Whenever I was hot, I didn’t feel much like paying attention to my teachers. If you are the principle of a school, you should do everything in your power to keep your students cool and comfortable during the warm weather months. On this blog, you will discover the best HVAC systems to install in schools.